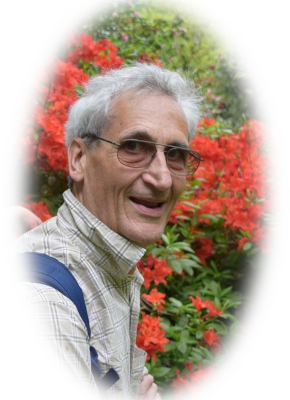 It is with profound sadness that we announce that the founder of Eltek Ltd, Lucian Hatfield, passed away on 23rd September having been diagnosed with cancer earlier in the year. A true gentleman and highly talented and innovative engineer, Lucian worked tirelessly for Eltek through four decades.

Lucian started his datalogger design career at Grant Instruments, working on solid-state data loggers that had to perform to a high standard even before micro-processors became a standard design approach.

Lucian established Eltek in 1985. His desire was to meet the needs of customers with special applications for data logging but also to provide employment and opportunity for people local to his home village of Haslingfield. Lucian relished new challenges and immersed himself in understanding the requirements of a mind-boggling range of projects including chocolate loggers, limpet loggers, cow loggers, biscuit squirrels, bread squirrels, and on one memorable occasion, a "sausage logger" (something for which I still have the original fax request from 1987). All challenges were considered, most were accepted.

Lucian was a multi-disciplined engineer, equally brilliant in writing software, operating a lathe or fault-finding an electronic circuit. He enjoyed visiting distributors and customers all around the world, and many of you will fondly recall these visits which combined long days of practical work, followed by exploration of local history and hostelries.

Lucian had an eye for business opportunities. Initially working with organisations in the Museums and Heritage market, Lucian helped Eltek become one of the pioneers of wireless data logging, through helping to develop a system that has now evolved into a respected and globally recognised product range.

Speaking personally, working with Lucian was great fun, although keeping up with him could be a challenge! Lucian was wonderfully down to earth. Each morning he would make every member of staff a cup of tea or coffee to start the day. Lucian cared for us all and we shall miss him dearly.

We send his wife Linda and the whole family our deepest condolences.


A fundraising page has been set up in Lucian's memory for one of the many charities he supported, Wintercomfort For The Homeless. If you can, please donate below. Thank you.

Wintercomfort For The Homeless (justgiving.com)